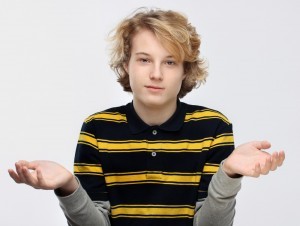 When is a boarding school a good solution for your troubled boy? That’s a difficult decision for parents who dream of being a loving, supportive family with children who succeed by all the outward standards. How do you know when your child will be more successful living outside of your home than he can be living with the family?

Often when a boy is in trouble, parents respond by trying to change the situation. They take him out of one school and put him in another. When that doesn’t work, they try a new one with a slightly different focus or one that’s a charter school or located in a neighborhood a little bit farther away. The reality is that most schools, even Christian boarding schools, are not equipped to handle troubled boys. Sometimes it seems like the staff doesn’t care. More likely they just don’t know what to do. They respond to that feeling of inadequacy by insinuating the problem is intrinsic in the boy. The parents may be left to wonder if their son can succeed anywhere.

The parents’ challenge lies not in just finding a boarding school for their son but in finding the right boarding school for him. All boarding schools are not designed the same and you need to determine where he can succeed. If your troubled boy prides himself on his physical prowess, don’t put him in a boarding school run by out-of-shape, middle-aged men. He’ll challenge them. He’ll probably win. And you’ll be looking for a new boarding school. If your teenager brags about his intelligence then steer clear of administrators and staff who claim that age automatically means their thinking is right. Your son will never respect them and if he doesn’t respect them, they won’t be able to teach him anything. And after all, you don’t just want to stash him some place. You want him to learn.

There are several problems with continuously changing schools: 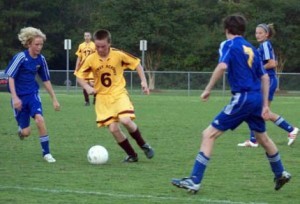 A good boarding school that is capable of meeting your son’s needs can be identified by several characteristics. First of all, your son needs staff who will build a relationship with him. He needs teachers and administrators who believe he has a future and can see him for more than his past mistakes. They have to be people who are personally willing to invest their time in him.

Secondly, he needs a Christian boarding school that can give him a level of consistency beyond what is possible at home where other people’s needs also have to be taken into consideration. Boys that systematically make poor choices are skilled in playing authority figures off of each other. They know how to evade, circumvent, and frankly outwit those who try to hold them responsible for their words and actions. Your son needs a boarding school with staff that can recognize a dodge maneuver and calmly confront him with the truth.

Thirdly, your son needs a boarding school that can provide an alternative to simply repeating the past. Given the opportunity, people—not just troubled boys—will repeat the same choices over and over—even when they don’t want to. Changing the situation forces a boy to change. He can’t make the same choices if those choices are no longer available. Think of it like the old saying, “If you keep doing what you’ve been doing, you will keep getting what you’ve been getting.” Troubled teenage boys who have been in school for three years do not have three years of high school experience. They have one year of experience that they have repeated three times. That cycle has to be broken. The solution is to allow your son to do something different—put him in a system that allows him to succeed.

One answer may be a boarding school that has an online education program. With online education your son works independently. Since each student works at his own speed, the class isn’t moving on without him. Your son continues to study material until he has mastered it. This is where non-traditional boarding schools have an advantage. It is required for him to sit at his cubicle whether he wants to or not. He may initially refuse to work but eventually he’s going to get so bored that even school work will start to look interesting. At least, it will help the school hours pass faster. The end result is a diploma.

Another factor to consider is that the camaraderie of a Christian boarding school is different. In traditional schools—even traditional boarding schools, the emphasis is on fitting in. Students who don’t fit in are ostracized. A nontraditional boarding school is tough. Behavior is closely monitored and deviance from the rules is immediately dealt with. The boys are there because they have had problems elsewhere. The very nature of the situation evokes a level of engagement which the students initially see as themselves against the administration. That’s okay. It builds a connection among the students—a brotherhood that can be very inclusive—a sort of, “We’re in the trenches together,” feel. It’s not unusual for students who have gone through this experience to refer to each other as brothers long after they have left the school or have even seen each other.

Is what you are currently doing working for your son? If not, it’s time to do something different. Pick up the phone and call Gateway Academy Boarding School For Troubled Boys at 850-547-9011 or email us at gba.admissions@teenchallenge.cc.

Is what you are doing working for your son? If not it’s time to do something different. Pick up the phone and call Gateway Boarding School for Troubled Boys